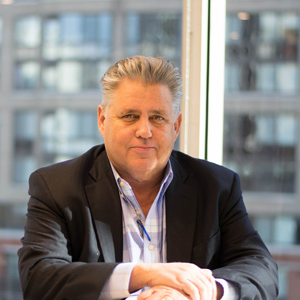 Jeff Larson serves as America Rising’s Chairman, a position he undertook in July 2017 on the heels of thirty years of experience in American politics and business.

In the 2014 cycle, Jeff headed the NRSC IE Committee when the Committee was able to pick up 9 seats in the Senate and give control back to the Republicans. In 2020 cycle, Jeff was the IE director for the NRSC and was responsible for a budget of $120 million dollars. While most pundits agreed the Senate would hold a solid Democrat agenda the NRSC was able to keep the Senate at 50-50 for the ’22 cycle. Jeff has served as the Chief of Staff for the RNC in 2011-2012 and was the CEO of the 2016 Republican National Convention in Cleveland.

He has worked on numerous political campaigns, including George W. Bush’s 2000 and 2004 presidential bids, both as a campaign staffer and through his telemarketing and consulting firm, FLS Connect. Jeff also serves as CEO for the Roosevelt Group, a political and public affairs company. Jeff is currently a member of the Board of Directors for Majority Strategies and the American Action Network and the Congressional Leadership Fund.

Jeff resides in Wisconsin and Washington, D.C. and is an active alumnus of his alma mater the University of North Dakota.