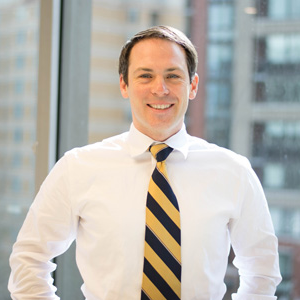 Chris Malloy serves as the Deputy Director of Tracking Operations for America Rising. Prior to this role, he served as the director of statewide tracking operations in Virginia in 2017 and in Florida in 2016. His first foray into politics began in 2015 with the David Fox for Mayor campaign in Nashville, TN.

Chris earned his BA in English from West Virginia University. While undertaking university studies, he proudly served his country in the United States Army Reserve including a combat tour in Northern Iraq during Operation: Iraqi Freedom.

When Chris isn’t contributing toward holding candidates, campaigns, and interest groups accountable, he’s with his partner Gabrielle testing new recipes or exploring new sights and sounds in the DMV.